By the early 20th century, absinthe was banned in the U.S. and most of Europe. Even though absinthe was harshly criticized for being addictive, hallucinogenic and poisonous, it is no more dangerous than any other spirit.

After the modernization of the EU food and beverage laws in the late 1900s, absinthe began to rise again in popularity. By the beginning of the 21st century, over a hundred different kinds of absinthe were being produced in over 10 countries including Switzerland, France and the U.S.

It is commonly believed that the downfall of the vineyards of France in the late 1800’s indirectly led to the Green Fairies popularity. When French vineyards were hit with a phylloxera outbrake (grapevine pests) and the price of wine skyrocketed, the working class started drinking cheaper spirits like absinthe.

​Vineyard owners were not happy absinthe's popularity and employed various methods to get rid of absinthe so wine could again be France's drink of choice. Through political lobbying, false information and propaganda campaigns, absinthe was made illegal in 1898 in the colony of the Congo Free State, 1909 in the Netherlands, in 1910 in Switzerland, 1912 in the United States and 1914 in France. 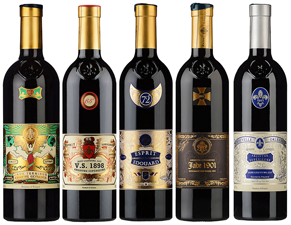 Absinthe was believed for many years to be illegal in the U.S. but we are now finding out absinthe may have never been illegal at all.

​This is because the absinthe ban in the U.S. was for absinthe made with more than 10 ppm (parts per million) of thujone and most absinthe produced worldwide today contain 10 ppm of thujone or less. Once this was realized by liquor vendors and absinthe enthusiasts, the current absinthe revival was born.